The company elentos, which specializes in the production of puzzles and other games, and processes them almost exclusively from the supplied photographs, was established in the Czech Republic as a branch of the parent German company in 2010.
In 2015, the decision was made not to “just distribute” the puzzle, but to produce it itself. In order to transform from a distributor to a manufacturer, the company acquired the necessary technological equipment and since 2017 it has also been operating as a printer.

“We got to Fullmatic when we got acquainted with other Komfi technologies, and it was only a step away from information on full-surface painting at Komfi Fullmatic. When we solved the scratch resistance of the puzzle while maintaining the quality of the photos on the photo puzzle, we chose from several competing offers on the market. When cooperating on the choice of machine, Komfi and I had the opportunity to test the machine and varnish. It took a long time before we came to the final decision that Fullmatic was the most suitable device for us. Komfi cooperated with both us and the varnish supplier, a number of tests were carried out, various samples were transported and the most suitable solution was sought in a combination of equipment with consumables and the final product. See more 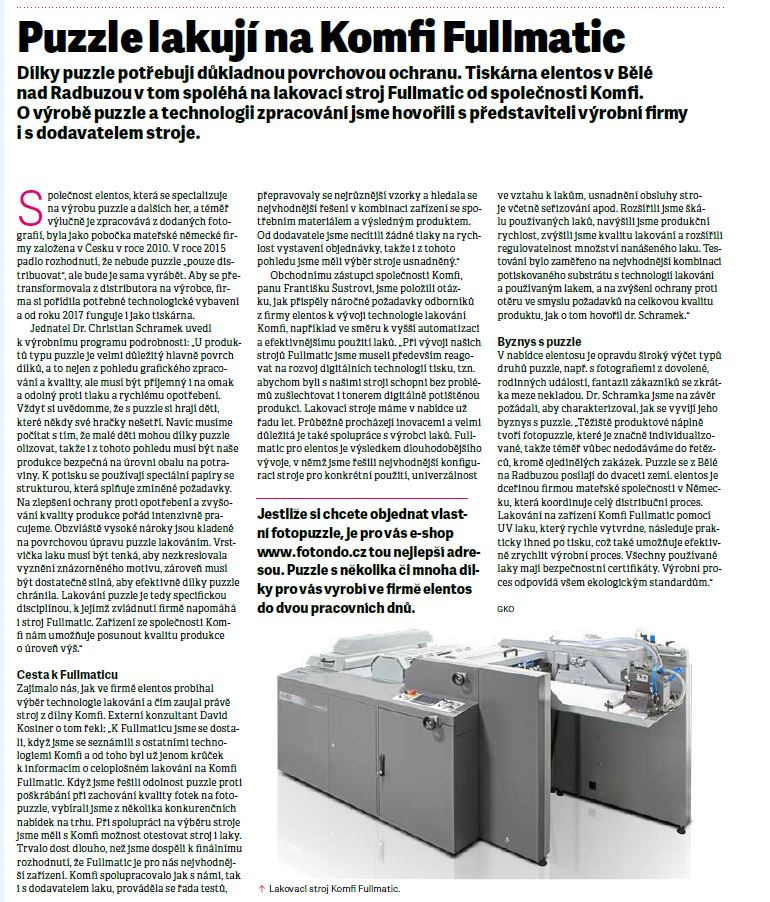